Home » How your technology can help the environment
Technology

How your technology can help the environment

There is no denying that technology has come on leaps and bounds over the years. When you think back to the days of dial up Internet, car phones and the fact someone’s kitchen actually had a dishwasher or fancy washing machine, you can’t help but think of LG and their technology journey to today.

I have had the pleasure to work with LG on numerous occasions, watching year after year their product specifications become more and more sleek. First and foremost I believe that efficiency of LG technology is one of their biggest assets. Creating items to make your life easier and working hard to achieve lower energy usage in home appliances. As LG launch their new LG Centum System washing machine they now are able to offer even more increased reliability and efficiency.

I was part of LG’s slow fashion campaign on and off over the years, a project promoting the fact you can wash on a lower temperature, still get quality results and more importantly preserve those cherished items. Looking out for the environment is actually one of the British publics biggest concerns – what about future generations is often the question. Many of us will actually, (believe it or not) put off washing clothes in order to help the environment… And sorry to say but according to stats almost a 5th will wear underwear 2-3 times before washing! A lot of people will even debate about energy efficiency when looking to buy white garments as most are washed at 60 degrees. Daft isn’t it? But it is very true!

Why is this actually happening? A lot is us feeling guilty about our environmental footprint. I know I do sometimes. Little things like throwing a coffee cup away when there isn’t a recycling bin in sight, or washing something on high as lower settings haven’t got rid of stains. It happens but what are we feeling most guilt about?

Top 10 Activities we feel guilty about because of environmental impact //

With regards to washing, a survey was sent out to find out about Brits washing habits. Shockingly a portion of those who polled confessed that they wash clothes 31 times if not more a month (5%) – at least a wash a day! But on the flip side to this, some Brits surveyed said they will put, on average, 11 washes a month and only when they have a full load of washing to do (73%).  We clearly are feeling far more worried about our environmental impact than we thought. 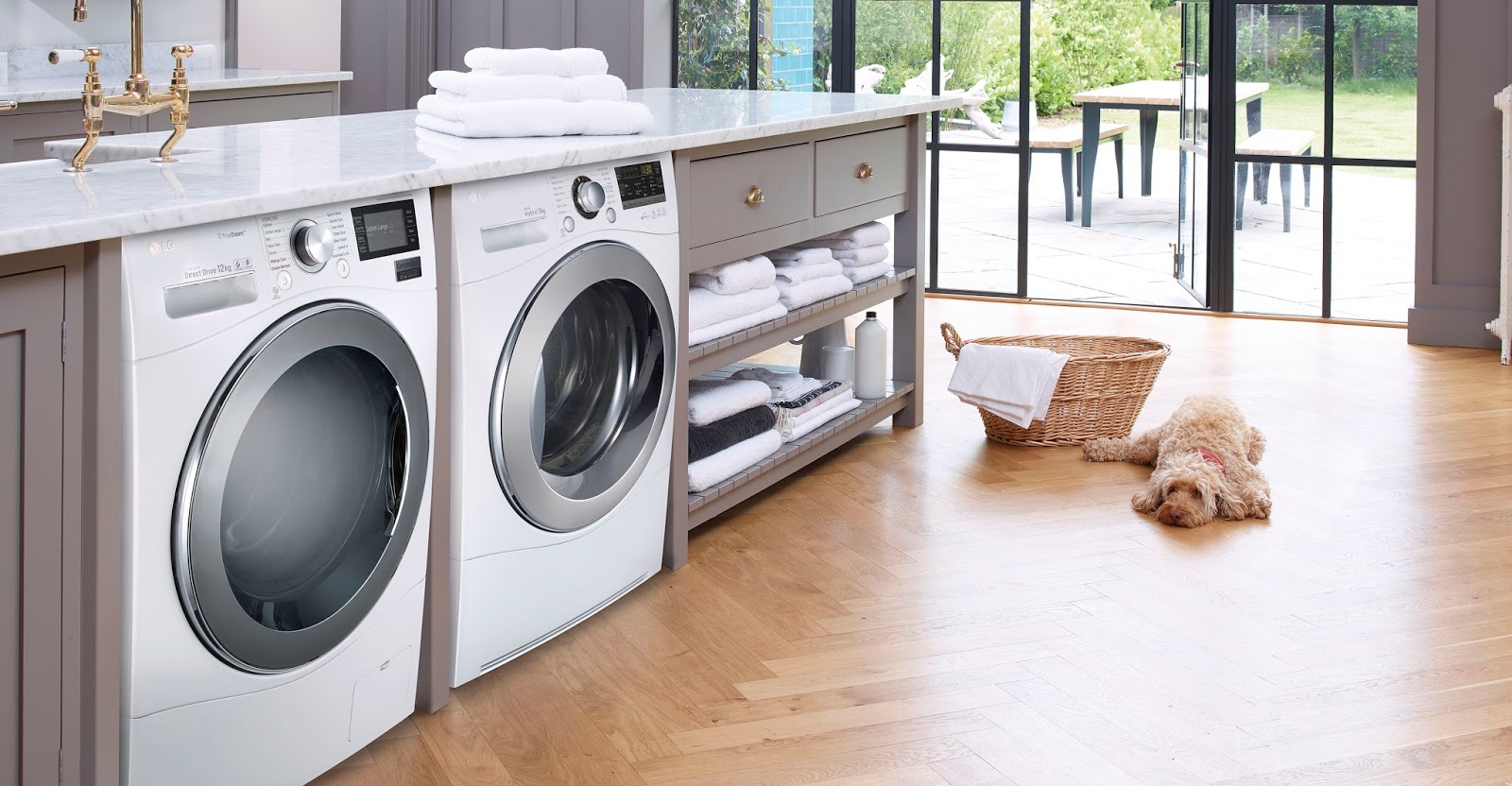 As I say I was a big part in the promotion of LG’s slow fashion campaign. I am a huge advocate for being environmentally friendly and where I can, I will do my part. LG are constantly moving upward from their Generation X system days and now to the launch of the Centrum system. Why is it so good? It actually utilises a new damping system which has automobile similarities in the form of shock absorbers. This means it reduces noise levels and vibrations. I have constantly had mugs and plates knocked off my work surface from jumping washing machines in the past! It is actually has one of the quietest spins on the market, but what does that have to do with the environment? By less friction and less moving parts, it reduces the wear and tear caused in many other machines and only emits 67dB which is the equivalent of a conversation2. Essentially less energy wasted, better washing and far more efficient. LG is so confident with this fantastic technology and its inverted direct drive motors, they are covered by a crazy good 20 year warranty… That is twice the industry double.

How many of you feel environmental conscious with washing and has your attitude changed over the years because of it? I would love to know your thoughts.

*In collaboration with LG UK*