Planning a city break to York

You may have spotted just before the new year my husband and I were in York. I was posting non stop photos on social about what we’d seen and done, plus if you follow me on YouTube you’ll have noticed I created a travel (which I would love you to check it out).  I absolutely loved York! I couldn’t say a bad word about our experience when visiting, and today I’m sharing the activities we did those I’d recommend. 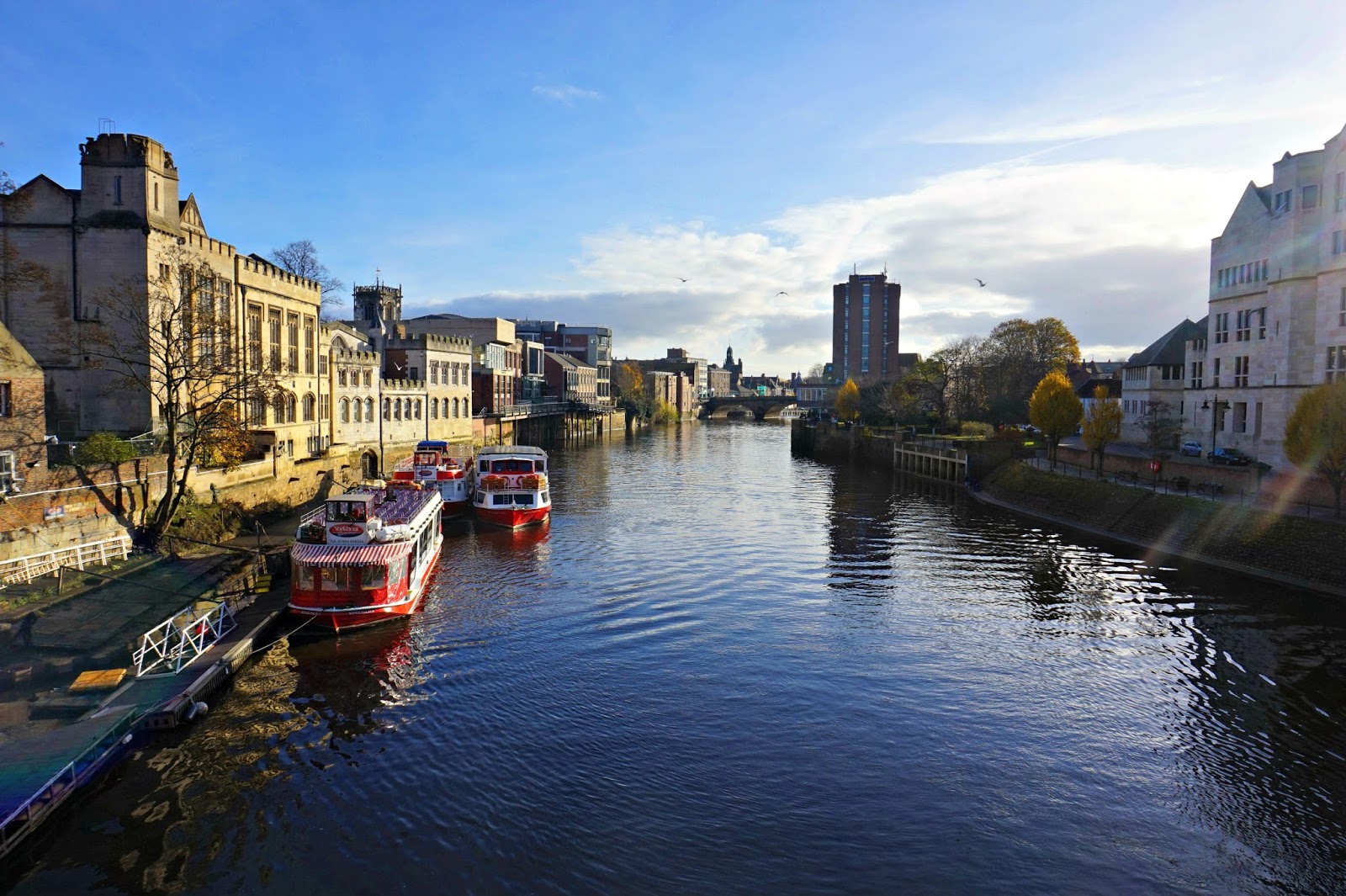 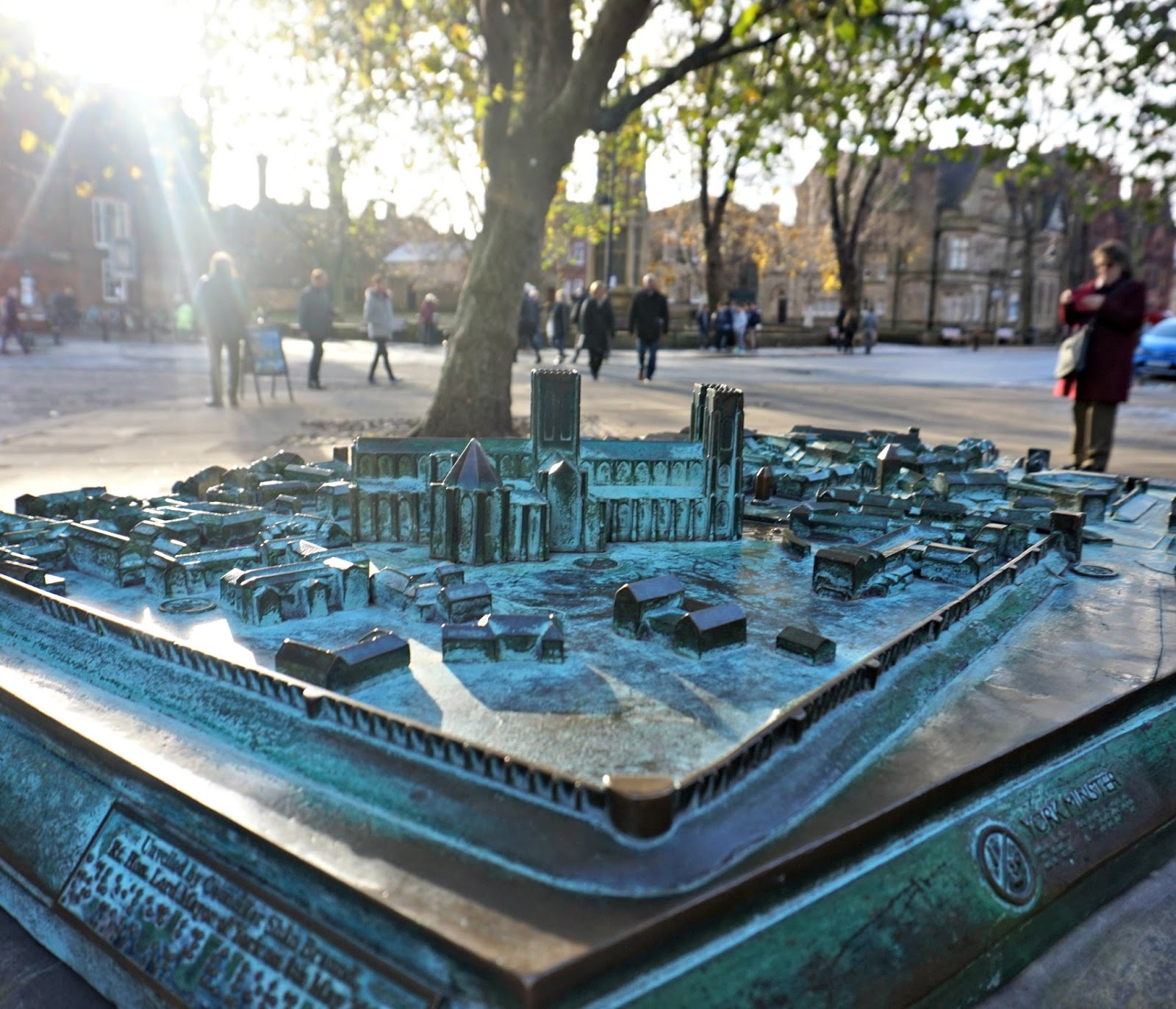 York is one of those places I have been desperate to go to but didn’t seem to have ever finally managed it. Just before Christmas hubby and I managed a swift weekend to take in all it’s glory.

York is famous for it’s extensive history and being a bit of a history nut I was desperate to visit as many spots as possible.  Luckily the tourist board offer something called the York Pass which for a small fee gets you free access to some of those tourist check points. It also gets you things like discounts in some restaurants too. Honestly if you’re looking for a thrifty way to get around York, that is an absolute must purchase. You can buy them online in advance or just pop into the York Tourism office… we did even buy a viking helmet in there so be warned you may find other things to buy too!

*Use discount code JAN17 to receive 20% off all passes* 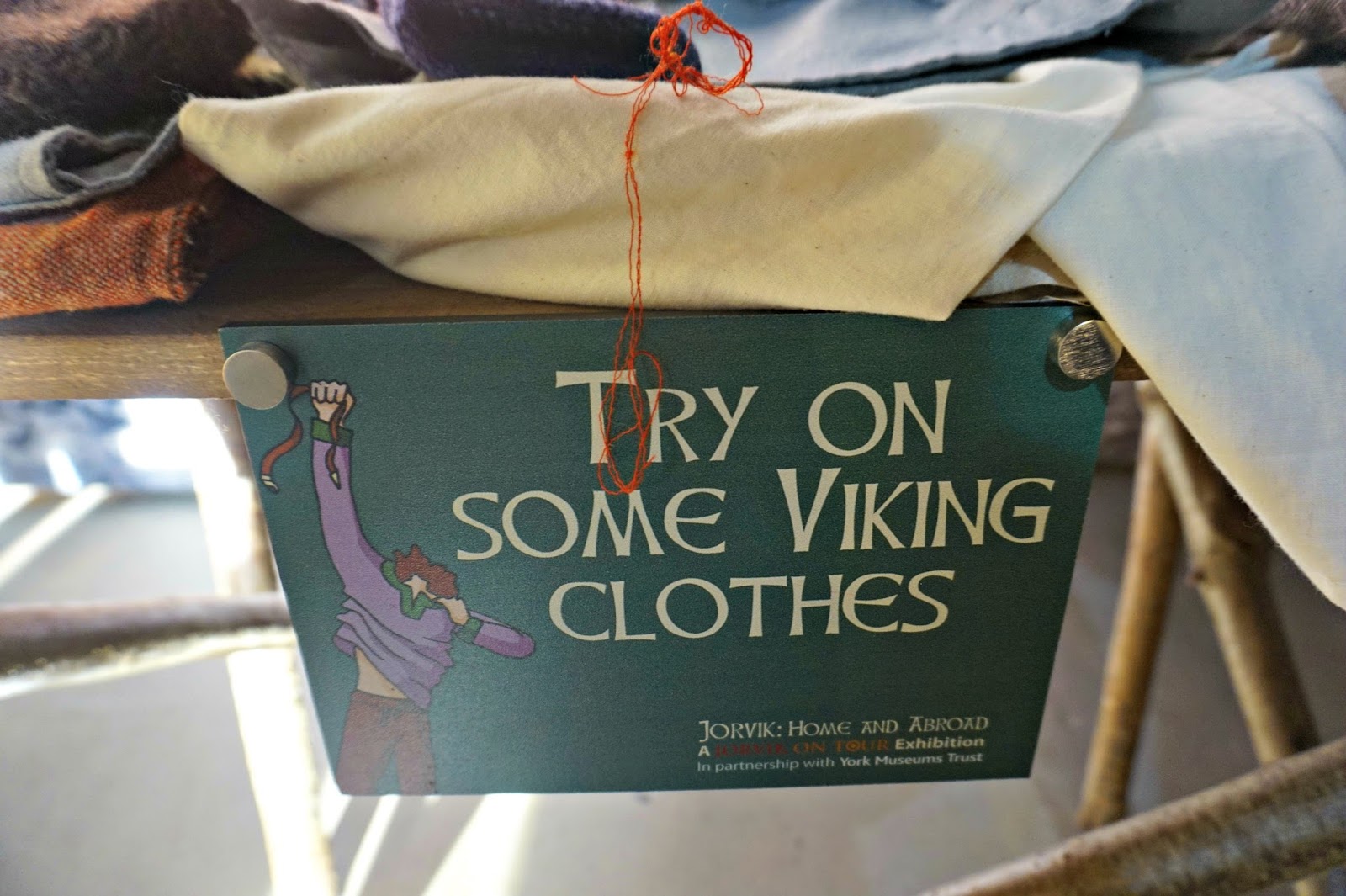 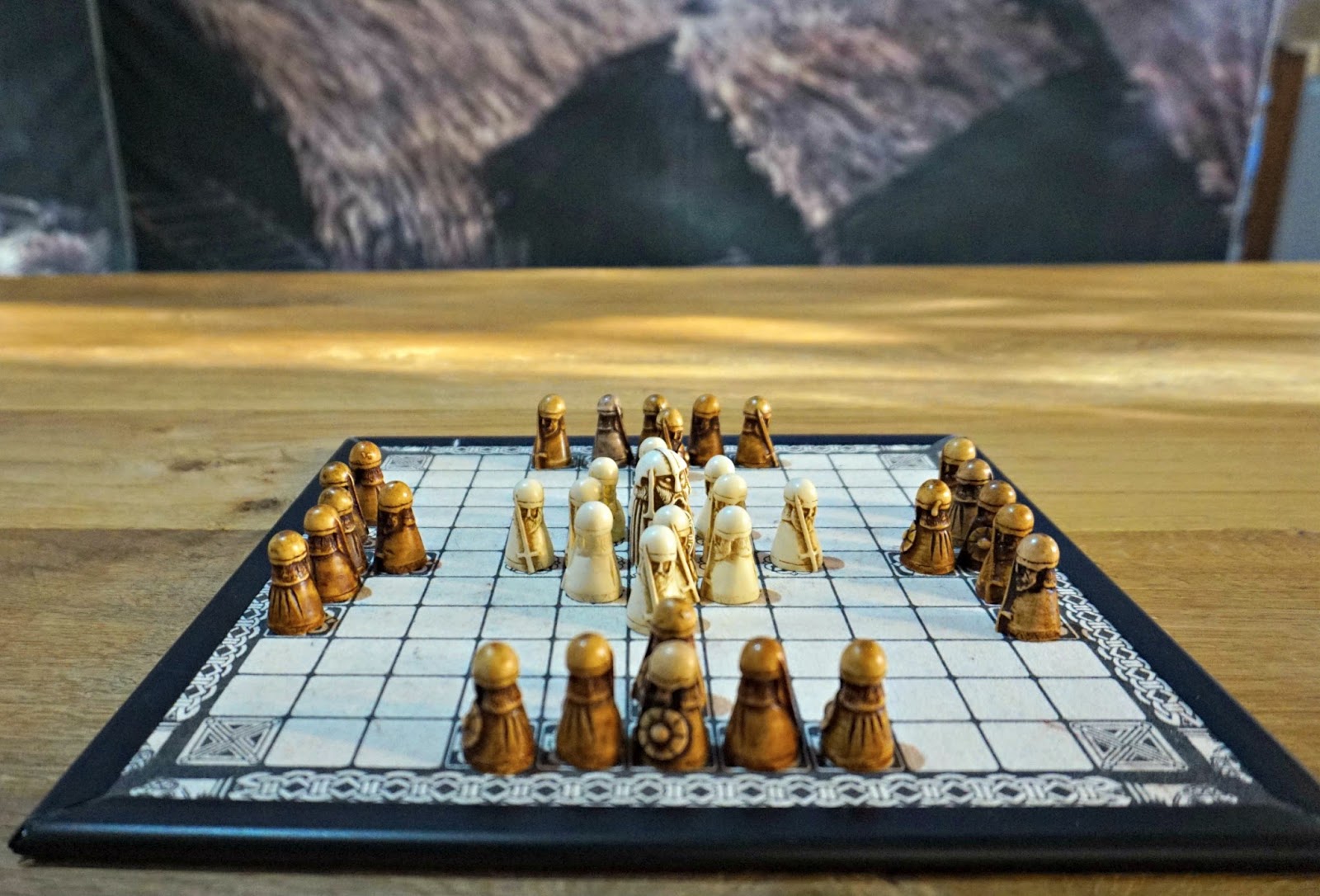 I knew I wanted to do as much as I could but also take it at a bit of a leisurely pace. We decided to get the ball rolling with a visit to the York Dungeons, I’d had a bit of a weird experience with the London ones and hadn’t totally enjoyed it. I was rather apprehensive about going but hubby really wanted to. It was awesome! The staff were fantastic and the whole thing from start to finish was interesting and good fun. Lots of families and a variety of age ranges too.

I’d spotted this building on it’s hill before we’d agreed to go in, there were lots of people coming up and down the stairs of what are the last remains of York Castle. A place constructed by William the conqueror.  The best thing about this place for me was the incredible 360 views of old York. When we went (as you’ll see in the photo) the sky was clear and blue.

I had no idea this spot on the history tour would be located in a public house cellar – but it was! Only discover in 1930, the Roman bath is a grand old age of over 2000 years! Quite an epic discovery I’m sure you’ll agree. This is quite a short experience we found but none the less still really quite interesting, as you’ll see the Tepidarium, Caldarium and the Fridarium… which is the warm room, the hot steam room and the cold pool! The owner of the pub obviously took pride in his museum and had many facts and historical pieces for you to look at too.

Possibly the one I was most excited about as I love anything to do with the Vikings. In December 205 the museum was completely flooded (which you can read about as you enter) with many artefacts damaged. Luckily some items were saved and the Jorvik group are due to be opening a new set of activities this year. None the less the museum is a must see, it even has a replica viking ship, interactive stations with staff and the staff are all there to answer any questions. We also took the time to dress up as vikings for a photo – of course! The Return of the Vikings campaign has launched and new attractions with open on 8th April 2017. 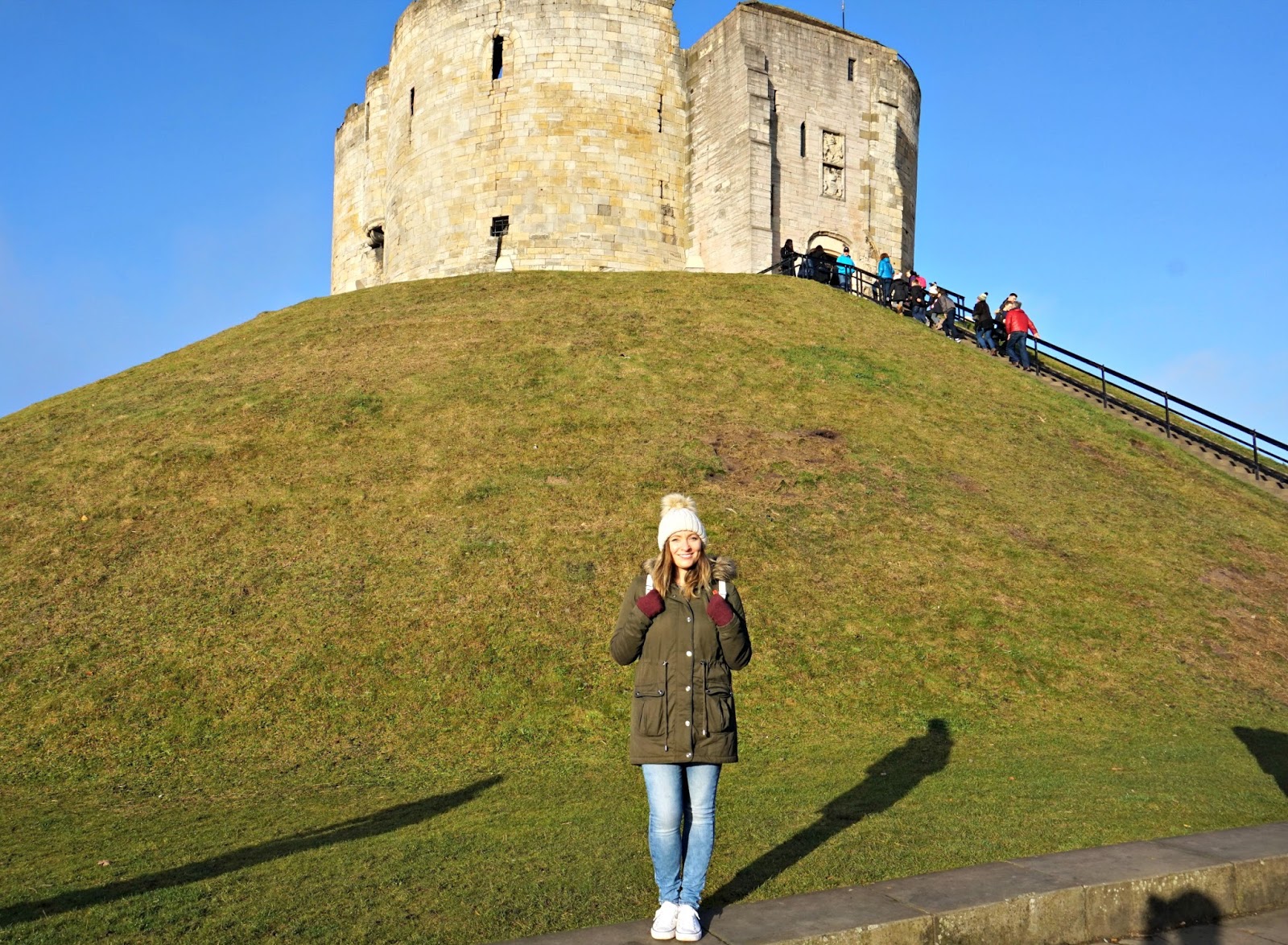 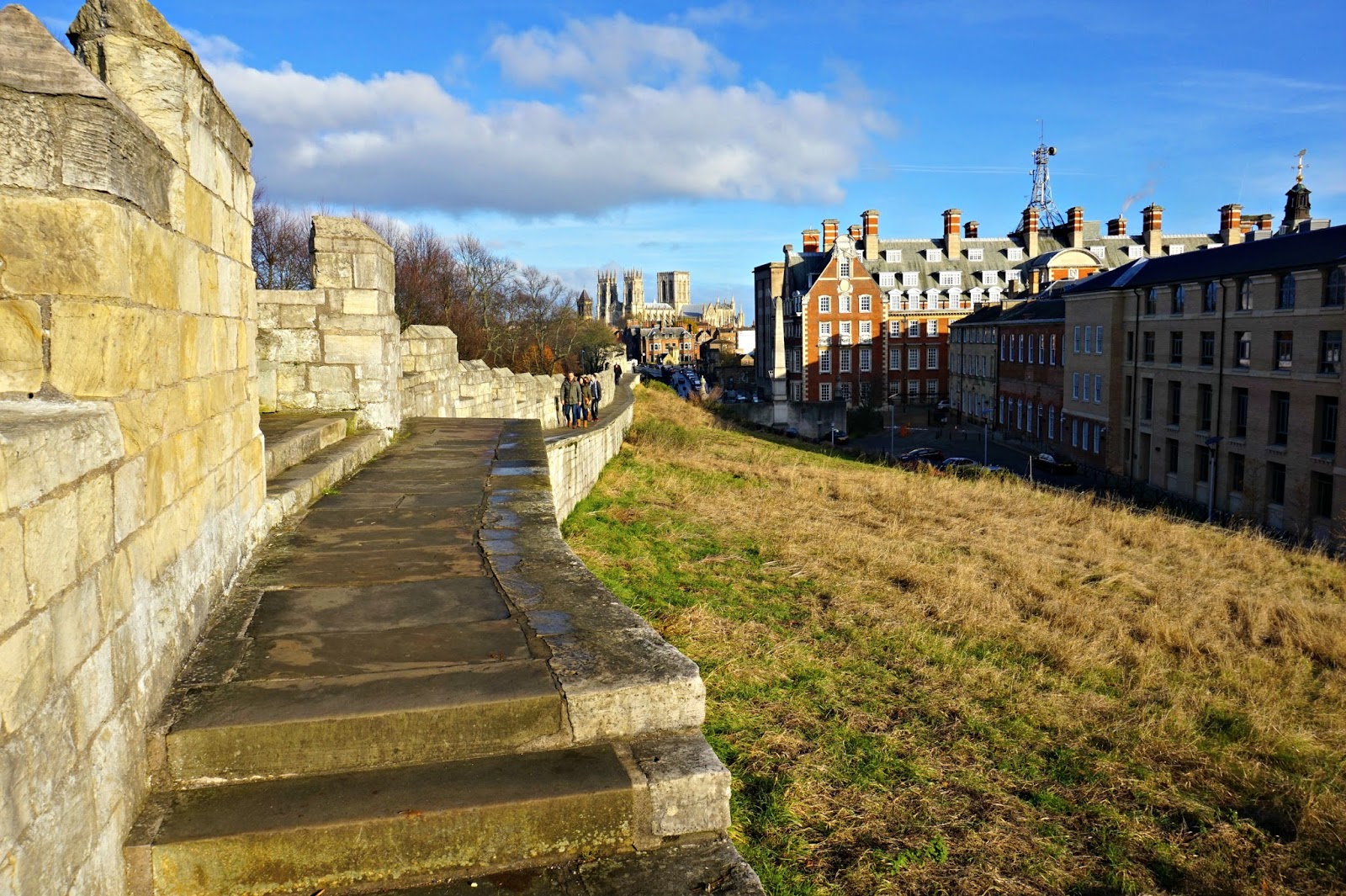 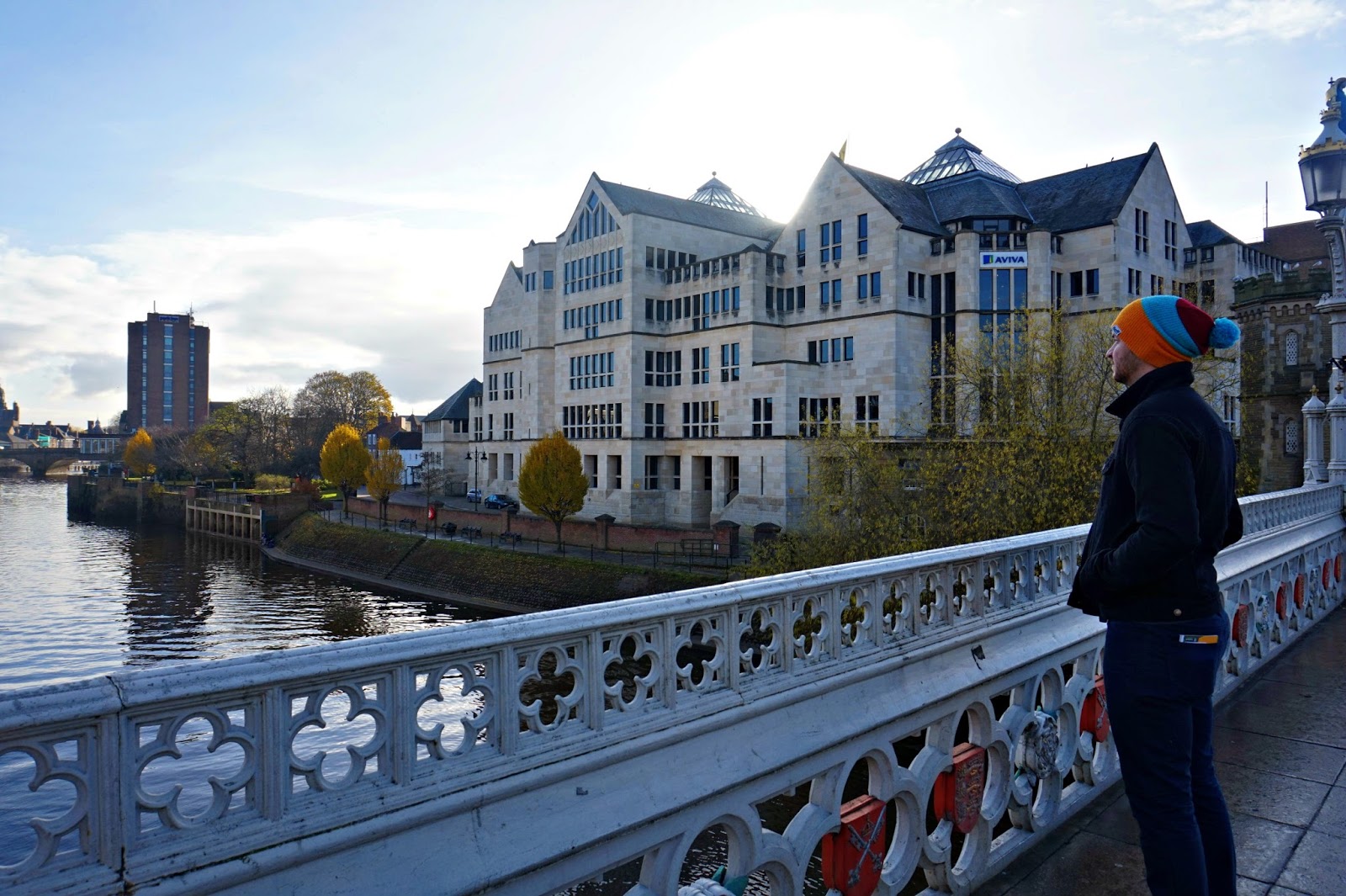 As Richard III’s remains were discovered in Leicester, (near to me) I find the history surrounding him fascinating. I knew that Henry VII was the first in line of Tudor Kings  by defeating Richard III, so I wanted to find out more about it.  It was laid out similar to a museum but had some interactive elements to it, such as trying on helmets – which I discovered were very heavy! It also has an area for children as well, because sometimes history for little ones can be harder to understand.

Won’t lie this wasn’t my initial places to visit, but my husband encouraged me to go. Obviously now I believe myself to be some sort of a beer expert! Actually I found this really really interesting and would really recommend it! Established back in 1996 amongst the Micklegate Bar Walls, The York Brewery is an independent traditional brewery who clearly have a lot of passion for their work. We got to explore the factory, find out how they brew their beers and we got to sample some. We took home some called Snowflake at Christmas – delicious!

Even from the outside the York Minster is spectacular to look at. There was always a buzz outside the cathedral every time we walked past and you could tell it was a place every visitor flocked. Not only is it a place of worship they also host a variety of events and concerts that you can book to along to. As the York Minster is of such age and significance, you’ll understand why you’ll see certain segments of the building with scaffolding outside it. This is because of all the restoration projects they are commissioning. A must visit when stopping by, or even if you don’t get a chance to go in have a browse at the statues outside. 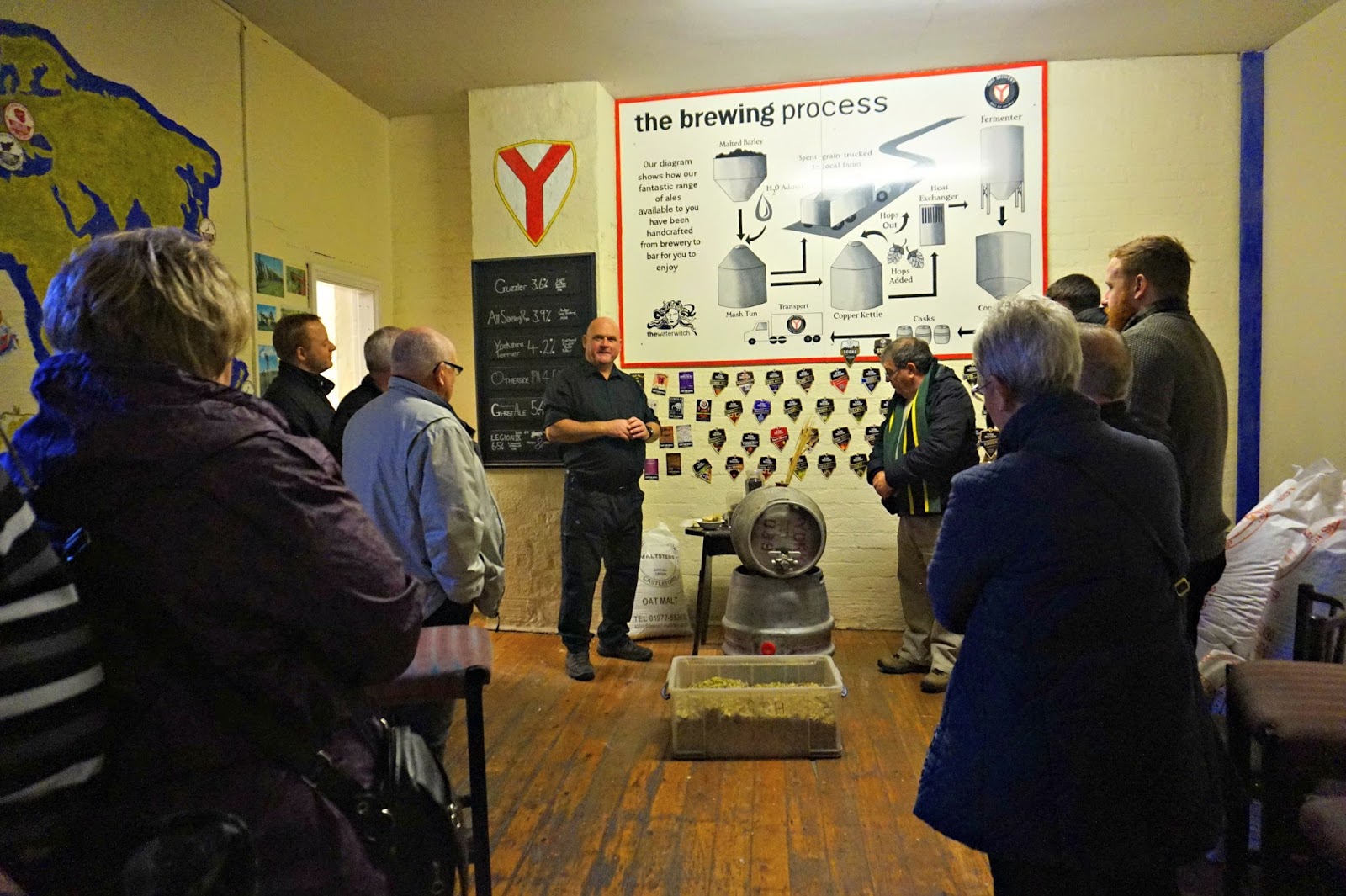 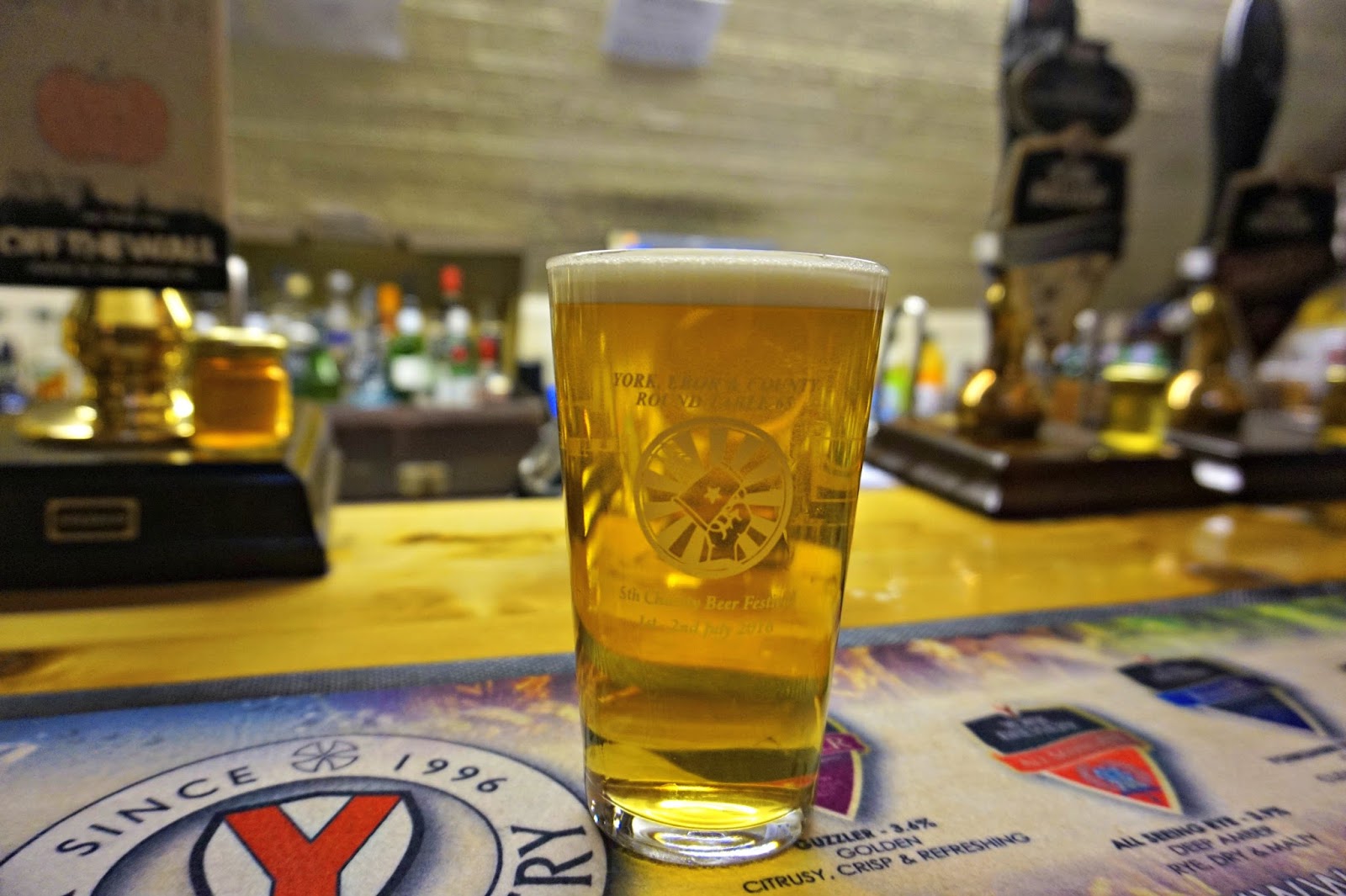 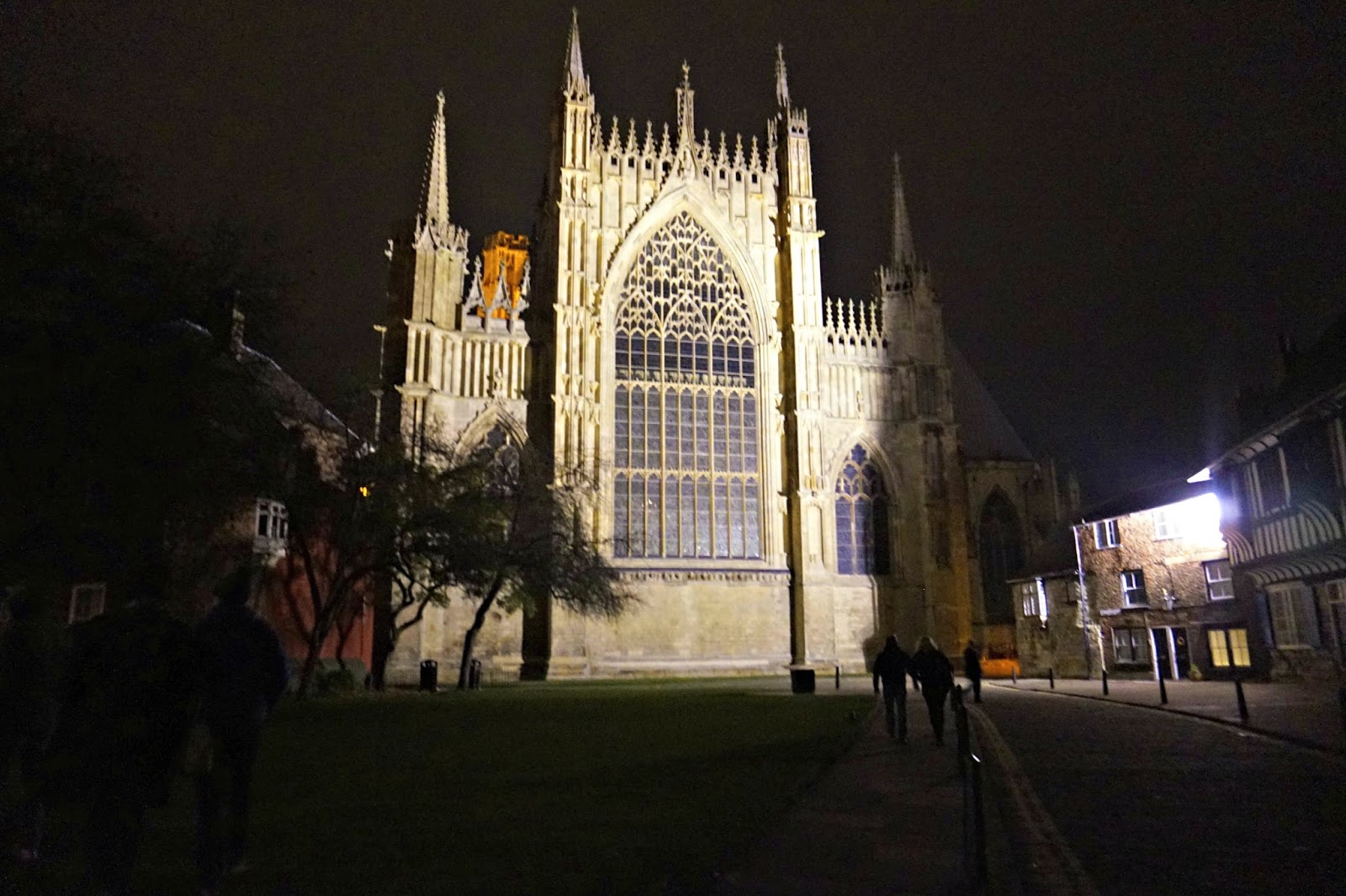 Obviously we spent a lot of times indulging in getting the most out of our York Pass, but to be honest just generally walking about the city you’d always discover things. Walking down through The Shambles which dates back to the 14th century and full of buildings that over hang. It is the spot JK Rowling got her inspiration for Diagon Alley in Harry Potter – when you look you will see why! It was called the Shambles because back in the day it used to be a street that sold meat, and there were no hygiene laws so cut off meat was simply disregarded down the street. Wonderful. Obviously today it is clean and full of lovely little shops.

Technically our one was called a Terror Trail and was hosted by the team from the Golden Fleece, (oldest and most haunted pub in York) I wasn’t 100% sure what to expect but the guy who took us was fantastic. Initially I thought it might be all a bit theatrical but it wasn’t, it was just interesting facts,  quirky and it was an awesome way to spend our last evening. There are many Ghost Walks in York and you will see the signs scattered about for meeting points and normally you can just turn up. When using a York Pass with this, it won’t make the activity free but many will have discounts so check which ones before you go along.

We were going to do a hop on, hop off bus tour but decided as the weather was nice we’d do as much walking as possible. We thought it would be great to walk the 3.4k distance of the city walls! As the weather was good we could see amazing views, but it was also amazing to think of how long the walls has been there for, who had built them and the life they led. 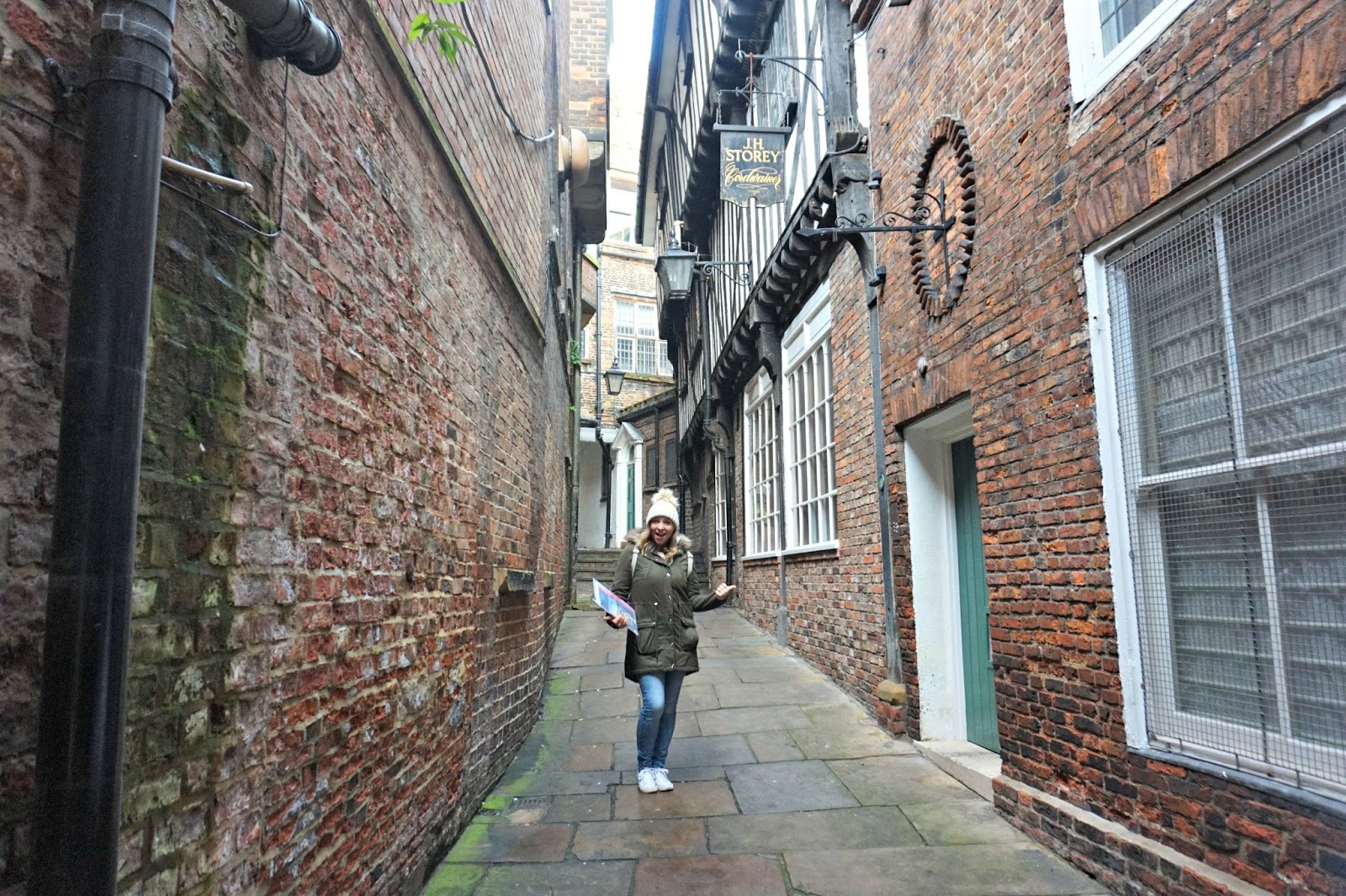 York left a bit of a print on me. I came away realising how much I missed learning and how much I loved history – especially our own! I am without a doubt coming back this year because there was so much to see and do. Each night me and Nick would discover a new place for live music, or we’d go on an adventure to see all the most haunted places! It was so much fun whether you are 5 or if you’re 50.

Do take a look at the York Pass as it will save so much money if you plan on a city break like mine. Have you been or are you planning to go? Have a look at my York Travel VLOG for a bit more of the adventure we had…